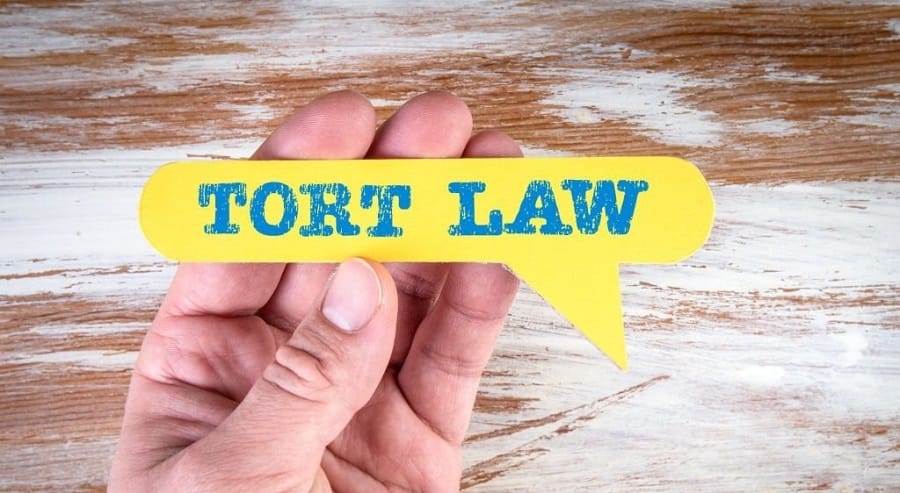 Assumption of Risk in Tort Cases

A personal injury case is a negligence claim that takes place when someone gets hurt due to someone else’s fault. They are civil suits and therefore are classified as what is known as tort cases. The goal is to award damages to the injured party — including the costs of medical bills and lost wages from missing time from work while seeking treatment and undergoing recovery. Additionally, non-economic damages may be awarded as compensation for disability, disfigurement, and pain and suffering.

While these types of claims exist to hold negligent parties accountable, a plaintiff may be prevented from recovering damages if they voluntarily exposed themselves to what should have been a known danger. This is known as the assumption of risk doctrine.

What is a tort?

A tort is a civil wrong. It refers to any act or failure to act that results in the injury of another person. Personal injuries are torts, but not all torts are personal injuries. For example, other civil wrongs for which a person may bring suit include:

Tort laws exist to provide relief to injured parties when their harm was caused by someone else. They may include damage to a person or property, as well as physical and emotional harm. Sometimes, this relief can be provided in the form of financial compensation, or it can be provided through issuing an injunction — a court order telling a party to stop the harmful activity.

What does the assumption of risk mean?

An assumption of risk is an affirmative defense used to negate liability. It exists when someone willingly participates in a potentially dangerous activity and by doing so essentially assumes the risk of injury. This concept can be expressed, such as by signing a waiver, or it can be implied, such as choosing to attend a sporting event like a baseball game.

Courts can limit who is liable for an injury if the defendant can prove that the plaintiff knew — or should have known — what they were getting themselves into upon engaging in the activity that caused the harm. An assumption of risk can prevent a plaintiff from obtaining compensation for their damages.

Types of Assumptions of Risk

There are different types of assumptions of risk. A personal injury attorney can help determine whether one of them applies to a specific case or not.

Express assumption of risk occurs when the plaintiff signed a waiver consenting to the dangerous activity. However, for these waivers to constitute an express assumption of risk, they must include language listing all foreseeable dangers. If the verbiage is ambiguous, confusing, or unclear, the defendant may be barred from using it as a defense.

In addition, a waiver will not protect the defendant if they incurred gross negligence — also known as a reckless disregard for the safety of others.  For example, an individual might sign a waiver to use a jet ski and then suffer injuries while participating in the water sport. If the jet ski had a defective engine and it can be proven that the owner or company knew or should reasonably have known (such as by failing to provide maintenance or by ignoring recall notices), then the company will be deemed to have been grossly negligent.

Something else that is crucial in cases of an express assumption of risk is that the person signing the waiver has to have the capacity to enter into the agreement. Instances when the agreement may be considered void include being a minor, having a mental incapacity due to illness or disability, or being under the influence of drugs or alcohol.

There are also instances where there is an implied assumption of risk. This occurs when the assumption is not direct but suggested like participating in a game of tackle football. There may not be a written or verbal agreement, but by participating in a game of tackle football, a reasonable person would be aware that there is a likelihood of potential injury. In this case, a plaintiff will probably not get far in court if they are filing that the defendant injured them from a tackle as long as the injury was not intentional.

A primary assumption of risk exists when the defendant does not owe the plaintiff a duty of care. For example, if a building is undergoing renovations, there might be a fence around the premises, along with signs warning about dangers and about not trespassing. However, a group of individuals decides to ignore the warnings and trespass on the site. In this scenario, the defendant does not have a legal duty to protect the trespassers from injury. The fence and signs were sufficient, and the individuals assumed the risk by trespassing.

Taken in context within an assumption of the risk defense scenario, a negligent driver could claim that a jaywalker assumed the risk of getting hit by a car by running across a busy highway at night.

In ordinary circumstances, a plaintiff may sue any individual or corporate entity that caused them harm. However, things get more complicated when the potential defendant is the government. This is due to what is known as the doctrine of sovereign immunity.

State governments are protected by local laws. Depending on the jurisdiction, the injured party may only file suit if the City or State entity consents to it, or if they file the claim in a relatively short time frame — typically, within six months to a year, depending on the harm done. The claim must also meet certain requirements in order to move forward. These may include whether the employee who caused the harm was acting within the scope of their employment and which types of functions they were performing.

By the same token, federal agencies — as well as federal employees who caused harm during the course of their work duties — are protected by the Federal Torts Claims Act (FTCA). Under the FTCA, you may bring suit against a federal employee only if certain requirements are met:

In addition, there are specific procedures that must be followed when bringing a claim. These include:

Keep in mind that any defense available to an ordinary defendant will also be available to a government entity. Therefore, any of the assumptions of risk scenarios may also apply in tort cases against a federal employee.

How Can An Attorney Help in Tort Cases

There are many variables when it comes to tort cases and the assumption of risk defense. A court will want to look at whether there were any factors that may bar a defendant from raising the defense or if the plaintiff is out of luck. Consulting with an attorney will help you eliminate a lot of the guesswork. A lawyer will help the plaintiff’s injuries to determine whether there are any factors that may negate the assumption of risk defense among other factors.

Mitchell Panter is the managing partner of Panter, Panter & Sampedro in Miami, Florida.  Panter, Panter & Sampedro is a Personal Injury Law firm handling all types of negligence cases including medical malpractice, premises liability, construction accidents, automobile, truck, and boating accidents. Mitchell is Board Certified by the Florida Bar and National Board of Trial Advocacy in Civil Trial Law and Civil Pretrial Practice Law. He has presented arguments throughout the State of Florida, including Appellate Courts and the Florida Supreme Court, and has tried more than 50 cases to verdict.